If you’re Black, your risk of developing head and neck cancer — which consists of cancers of the lips, mouth, voice box, throat and salivary glands — is twice as high as if you’re white. For many years, it was thought genetic factors might be at play, but recent research suggests that the increased risk might be related more to your environment than your racial background.

Among all head and neck cancer patients, survival rates are lower for those living in rural areas — but the combination of race and rural living is especially dangerous. Black rural patients were more likely to die within five years of their diagnoses compared to white rural patients.

Researchers are working to find out why.

In one study of patients in the National Cancer Database from 2004 to 2015, the team of researchers suggested that a lack of access to care centers, medical specialists and public transportation in rural areas led to later diagnosis and treatment. This is likely to be part of the problem since early diagnosis and treatment improve your chances of longer-term survival for most cancers.

Another factor that’s probably playing a role is that Black patients in general are more likely to distrust the healthcare system and medical providers. This lack of faith in the system stems from historical discrimination as well as current examples of mistreatment. These feelings of distrust discourage some Black patients from getting regular screenings, and disparities in income and health insurance coverage can also limit access to healthcare for Black people with lower incomes.

Do genetics or social behavior make head and neck cancers more dangerous for Black people — or is it both?

Aviane Auguste, Ph.D., is the lead author of a study examining head and neck cancer diagnoses among Black patients from Africa, the Caribbean and the United States. The study looked at data from Black women in those locations, and found that head and neck cancer rates were different across regions even though the populations were racially similar.

Auguste said the main discovery of the research was that the environment where people lived had more to do with their risk of developing head and neck cancers than genetic factors.

Women in Kenya had some of the highest rates of head and neck cancer in the study, and researchers noted a cultural factor that could have contributed to that difference.

“Men and women in Kenya developed head and neck cancers at almost the same rate, which is uncommon for these cancers, so we tried to figure out why,” Auguste said. “We found there was a traditional chewing of [a] leaf called khat by both men and women, which could be associated with the increased risk in that population.”

Doctors at the Medical University of South Carolina Hollings Cancer Center suggest that racial differences in head and neck cancer survival rates have both biological and social components.

For example, cases of oropharyngeal cancer, or throat cancer, have increased in the past 20 years — specifically those cases associated with the human papillomavirus (HPV). Marvella Ford, Ph.D., the SmartState Endowed Chair in Prostate Cancer disparities at South Carolina State University and associate director of population sciences and cancer disparities at Hollings Cancer Center, said in an article that white individuals were more likely to get a head and neck cancer diagnosis related to HPV, while head and neck cancer diagnoses among Black people were more likely to be associated with alcohol and tobacco use.

Another study looked only at head and neck cancer patients who had diagnoses unrelated to HPV. In that study, Black patients had lower survival rates. The authors suggested the patients’ lower socioeconomic status, which can make it harder for them to access healthcare because of a lack of insurance, transportation and/or education, contributed to those disparities, not their racial backgrounds alone.

Reducing your risk of head and neck cancer

“In terms of prevention, based on well-known scientific evidence, I’d say the best measures to take are behavioral, such as quitting smoking and reducing alcohol consumption as much as possible,” he said. “We have the vaccine for the human papillomavirus, and depending on age group recommendations, I would consider looking into that, because HPV is still a prominent risk factor, especially in the U.S. and the Caribbean.”

People can also improve their chances of survival by paying attention to any health changes they notice on a day-to-day basis. Head and neck cancer symptoms such as a sore throat, difficulty swallowing, a lump in the neck or a mouth sore can be confused for other conditions that aren’t as serious. Some symptoms of Covid can also be similar, and with many people delaying routine medical or dental checkups due to the pandemic, healthcare providers worry that diagnoses could have been delayed or missed.

Head and neck cancer doesn’t have to be a death sentence. By taking preventive measures, you can reduce your risk, or improve your chances of survival if you are diagnosed.

This resource was created with support from Merck.

From Your Site Articles

Related Articles Around the Web

When Mental Health Catches Us Off Guard – My Brain's Not Broken 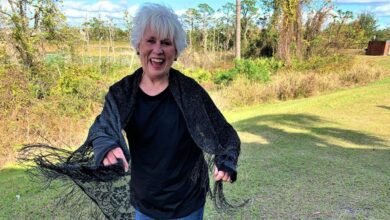 I Got in the Best Shape of My Life After 50 Symptoms of Heart Attacks in Women 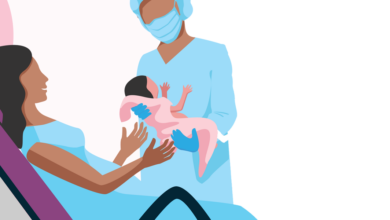 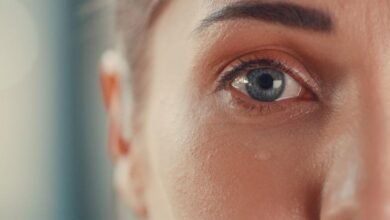