On a recent journey home from school, my son’s usual updates on his least favourite teacher, the canteen food and the lunchtime football match were replaced. Instead, he asked me about smoking, after noticing some older, ‘cooler’ kids puffing on cigarettes outside the gates.

Working for a cancer charity, my knee-jerk response has been to explain that cigarettes are far from ‘cool’ – that they cause 150 cancer cases a day and are the single biggest driver in causing inequalities in life expectancy across the country. A bit of a mouthful for a child.

But it was my son’s innocent questioning that struck me: that’s exactly how the industry works. The fatal step of buying that first 20 pack is often taken before the consequences of it are fully understood. Most who currently smoke (of which there are still around 6 million in the UK) admit to taking it up in childhood. And yet, we know that most people who smoke wouldn’t want their children to grow up suffering from the same addiction.

I know I’m not unique or even unusual in having had a smoking-related death in my family. My grandfather, a Ukrainian immigrant who settled in the UK after the Second World War, was a life-long smoker, having become addicted as a child. It was this addiction that was responsible for the strong, funny and caring figure in my life undergoing invasive and destructive facial surgery and radiotherapy, which made him unrecognisable.

He lost weight, his long hair fell out, and his illness slowly drew the life from him. As he entered the last stages of his disease, he was an emaciated shadow of the man whose hair we used to swing from as toddlers. Worst of all, his addiction was so entrenched that some of his final breaths were used sucking on roll-ups.

My grandfather’s story is an extreme one, but it is an example of the devastating effects of smoking on families, and on services. If we want to preserve and bolster our NHS for future generations and reduce demand on GP surgeries and hospitals, then we can’t delay tackling this problem. But according to a report released today by Cancer Research UK, England has slipped further off track for its smokefree 2030 goal – by nine years, in fact.

The simple reality is that smoking addiction is not a personal choice, but a deadly business model. Cigarettes are the one legal consumer product that, when used as intended, will kill most users. We need to stop young people from ever starting and help those who have become addicted to overcome it.

Bold interventions like the ‘smoking ban’ and the introduction of plain packaging have had a direct impact on smoking rates. Tobacco control policy works, in fact the new Health and Social Care Secretary Steve Barclay has a history of being bold on tobacco control, voting in favour of both the ban on smoking in cars when a child is present, and the introduction of standard packs across the UK. If smoking rates had stayed at the levels they were at, in 2014, before their introduction, 2.6 million more people would smoke than do today. To continue this legacy, and for the sake of the next generation, he must act now and publish a tobacco control plan.

And the public agree. Recent polling for Cancer Research UK by YouGov has shown that there is public appetite in England for key recommendations made in Javed Khan’s Independent Review into tobacco – commissioned by Government, but to which it has yet to respond- including raising the age of sale and providing funding for smoking cessation services. And if the Government can’t afford this, then the tobacco industry, not the taxpayer, should be made to foot the bill.

The whole tobacco industry thrives off igniting and maintaining addictions, reaping a tidy profit of around £900 million a year in the UK. Meanwhile, the NHS spends £2.4 billion on treating smoking-related illness in England alone.

The stranglehold of the tobacco industry on our society puts us all at risk, regardless of background. Smoking addiction killed my grandfather – it’s now up to the Government to protect my son.

This year we launched our Smokefree UK campaign. We’re calling for the UK Government to Stop the Start and Start the Stop.

We’re campaigning for more action to prevent young people from smoking, including a consultation on raising the age of sale of tobacco, and increased funding for the measures and services needed to help people quit.

Anyone can support Cancer Research UK’s Smokefree campaign by getting in touch with their MP today and asking them to take action to tackle smoking, prevent cancer and help to build pressure on the Government in Westminster to act.

Cluster Headaches are Common in Men but Worse in Women Cervical Cancer: A Cautionary Tale of Optimism and Challenges 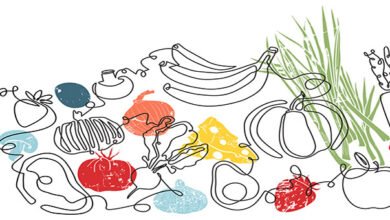